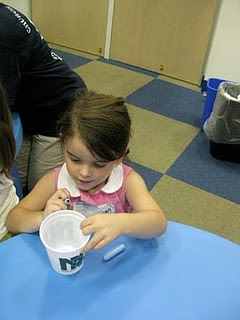 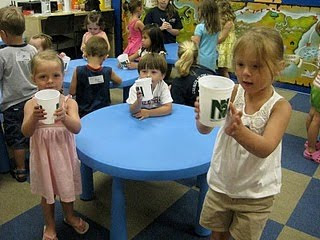 Today the team had Mass at Anawim in the morning with a visiting priest and then had a feast of the food prepared yesterday. This included goat and the bread that Christy and Lisa prepared, which is "delicious." They played soccer with the young boys and distributed all of the toys and games which the team brought for the kids. This included soccer balls, jump ropes, and frisbees. Also, the team distributed the blankets and cups decorated by the kids at this years Whobilation and Vacation Bible School. Christy and Lisa are giving pedicures to all of the young mothers, one at a time. Most of the Sisters left for retreat this afternoon so lunch (the goat feast) was shared as a large group, which was great. Sister Oresoa loved the Blessed Mother statue which the team brought for the Chapel and even did an impromptu song and dance. The team is in high spirits and getting ready to teach and serve in place of the the absent Sisters this week. "To God be the Glory."
- Compiled from information provided by Rob Devereux, Anawim Home Team Leader.

Photos:
1 & 2: Children at Church of the Nativity's Whobilation during Advent 2010 decorating cups.
Posted by NATIVITY:NIGERIA at 4:21 PM