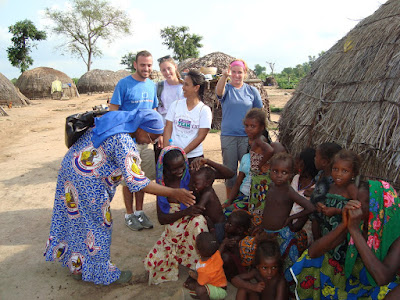 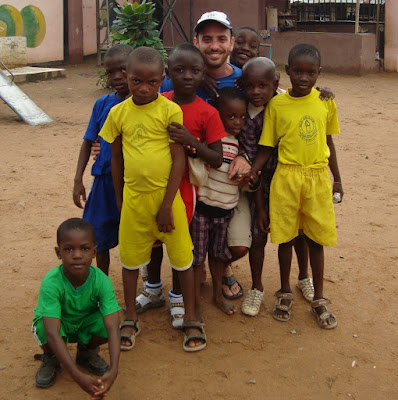 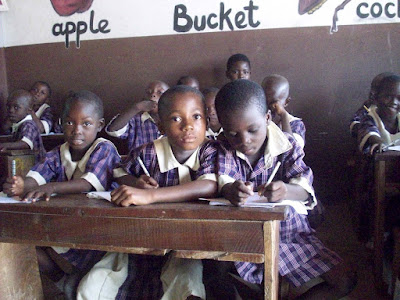 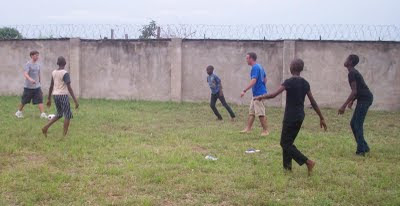 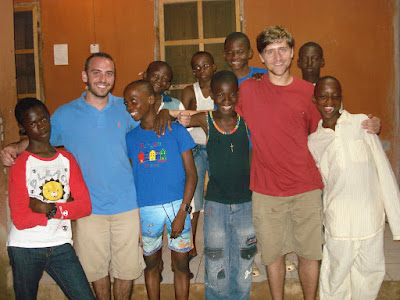 A reflection from Anawim Home Team member, Tyler DeVan, on his time in Abuja:

After spending two weeks in Abuja, Nigeria, I left feeling both humbled and encouraged. Despite the expected poverty and corruption for which the country is well known, there is a strong sense of community, faith and generosity. The Sisters with whom we lived led by their selfless and faithful example. Instead of being discouraged by the endless needs of their community, they helped those they could – and trusted that God would provide what was needed.

Sister Oresoa, the founder of the order and our host for the two weeks, is the most inspiring and remarkable person I have ever met. Her ministry and outreach center, Anawim Home, is home to several populations of impoverished and forgotten. The scope of the Sisters' ministries is remarkable. There is no limitation to their aid. Even while we were there, the Sisters welcomed a new CSW woman (Commercial Sex Worker) to the home and offered to start a new school within a local farming village that we visited. Their generosity, faith, resilience, and trust that God will provide is unlike anything I have experienced.

While relying on donated food and supplies to sustain the Home week to week, there is so much love and warmth which permeates Anawim. The Sisters and residents all welcomed our team openly, shared what little they had, and invited us to join in their daily ministries and prayer. It was simply humbling to be around such a spirit-led group of people.

I spent as much of my free time as I could throughout the two weeks with eight boys who live at Anawim’s orphanage. These boys, ranging from ages eight to thirteen, were disciplined, inquisitive, and extremely smart. At first I was taken aback by the respect and interest they showed me. Something as simple as an afternoon of Go Fish or a trip to the market together was a big deal. I learned that merely sharing time with the boys was all they wanted. Each afternoon brought another chance to play football (soccer), to teach them American card games, and for us to join in evening prayer together. For sure, the time I was able to spend with these boys was unexpectedly the most impactful part of the mission for me. I felt as though I had nothing to offer them; yet day after day, they sought nothing more than my company.

We spent one day visiting four Government-sponsored homes for the previously homeless and mentally ill, bringing food and water to the men, women and children there. The conditions were horrendous, and reminiscent of a POW camp. The residents were mostly unclothed, chained together, visibly starved, and laying on cement floor in rows. The first house we visited was the size of a typical family of four in the U.S., yet inhabited by 220 people. As we walked through each of the rooms handing out bags of rice, eggs, bread, and water, people hurriedly reached for the food. Most of the residents immediately chewed right through the bag to get to the rice, not waiting to untie the knot. Somehow I knew poverty like this existed; yet walking amongst it, and seeing it as others’ reality was shocking.

Sister Oresoa responded to the residents with such grace and compassion, assertively leading us through the rows, singing her usual “thank you Jesus” Nigerian song of praise, and helping us to converse and pray with the individual residents. Clearly, these are places of corruption and pure unfairness. Instead of being a source of support and rehabilitation, these centers merely offered a place for their residents to await death. Our team returned to the van and rode home in silence – saddened and appalled by the inexplicably inhumane conditions which some are forced to live.

The Sisters of Anawim also run a primary school for children in their community, servicing 200 students in grades nursery through 6. We spent five mornings at the school, assisting the teachers with basic lessons, end-of-year examinations, and sharing American games with the kids. The overall conditions of the school were pretty minimal, and not necessarily conducive to learning. The teachers each had one chalk board, and only a few pencils, books, or paper to use. Yet despite the lack of resources, it was clear that the school was a place of hope for the community. The students diligently worked hard to master mathematics, English, literature, public speaking, etc - to propel themselves to a specialized profession. On our last day there, the kids proudly participated in the school’s graduation; literally beaming as they were promoted to the next grade.

Spending two short weeks with the Missionary Sisters of the Poorest of the Poor was an amazing and enriching experience. Their life is one of sacrifice, prayer and limitless generosity. For sure, I will forever be impacted by the time there, and come away with a new perspective on living in response to the needs of our community.